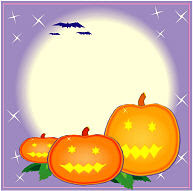 Halloween has arrived in the United States, and many children will be out tonight Trick-or-treating. However, a growing tradition in some areas is called Truck-or-treating. For years, some parents have expressed safety concerns for their children (traffic, strangers, pranks), and in response to this, some people have organized Truck-or-treating: families decorate their cars or car trunks, meet with their cars in a local parking lot, and pass out candy. They might also have dinner together. This can be a fun alternative to traditional door-to-door Trick-or-treating . . . and it can be a great social event with family and friends.

Do you by chance have any similar holiday in your country or area?

Learning the language but not the culture of a particular country or area can lead to great misunderstandings. In particular, I have seen many cases in which stereoptyes---often negative mental images of another people---have led to great misunderstandings. Often, people think that their way---raising a families, eating, dating---is the best, or even, the only right way, and when something new comes along, they quickly reject other ideas.

Can you think of a time when you experienced misunderstandings dealing with culture? Share your ideas.

One of the most interesting points of US history is the Pony Express Trail which was a means of carrying the mail across part of the United States by horse. Although not a typical way to see the trail, there is an ultramarathon that follows part of this trail. I ran part of this recently, and you can see the beauty yourself here:


I passed these beautiful wild horse on my run. 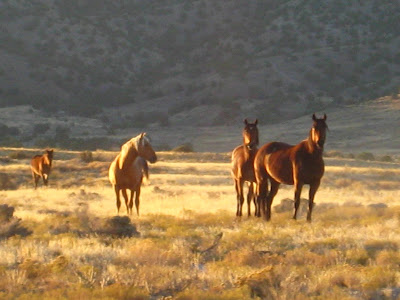 Tell us about one scenic or historical place in your country that would be of interest to visitors.

In one of my grammar classes, a student told me that it was her goal to speak naturally like an American, and she was surprised when I replied, "Are you sure you want to speak that way?" Not knowing what I meant, she tried to clarify herself by saying that she wanted to speak informally to sound like an American. (As if there were one type of American speak . . .) She continued by saying that Americans don't care about grammar when they talk.

However, I tried to explain to her that in many cases, native speakers have no idea that what they are saying is grammatically incorrect, so you might not want to emulate a native speaker in all cases.

As a simple example, what is the problem in this sentence?

- The girl is tired, so she wants to lay down.

This is a very common mistake that native speakers make. Therefore, just trying to sound like a native speaker isn't enough if you are really concerned about a professional level of English.

Any thoughts on this? 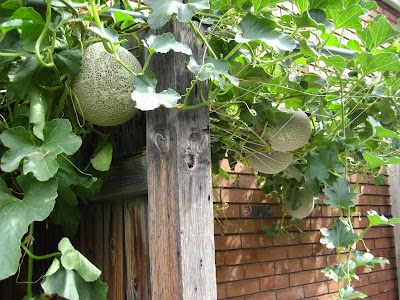 Growing Melons in Our Family Garden

Have you ever grown a garden (small or big), and if so, what did you plant in it? If you have never planted a garden, what are the reasons: climate, space limitations, no interest, etc.? Do you think there are advantages in growing your own food verses buying it at the store? Are there some foods that you just couldn't plant in your part of the world? Do you predict that there will be more food shortages in the world in the future? If so, why?

Social Networking Sites - The good and the bad

Social networking sites like Facebook and MySpace (and many others) have become extremely popular these days; however, there is ever increasing discussion on how these sites benefit users as well as affect users negatively. Do these sites promote better communication and improve old and new relationships, or do they distract users and affect their productivity at school and work? What are your feelings and experiences on this topic?

Randall
Posted by Randall Davis at 8:00 AM 2 comments:

"Secrets" to Improving Your Listening Skills

Learning how to improve your listening skills in English---or in any other language---can be a real challenge if you don't know how to develop these skills. In this video, I talk about some of the "keys" to improving your comprehension. You can download the PowerPoint and a study guide from my Website at:

The video below is the first half of the presentation; you can view the entire talk by visiting the link above.